House Fire- Faith in the Fire 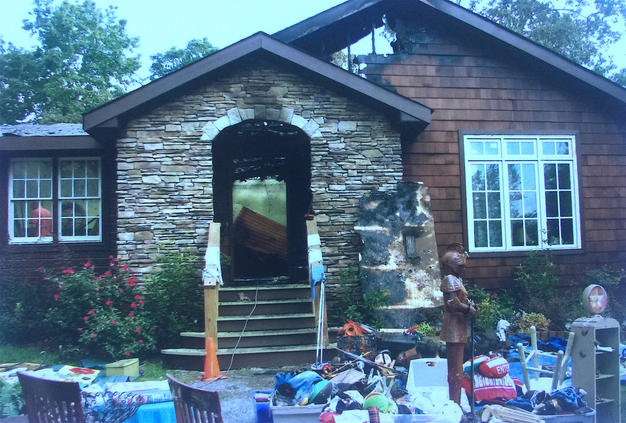 This year marks the 10th anniversary of our house fire that changed our life September 17, 2018. We were blessed.  We only lost stuff and things.  Our family was safe.

So much has changed in the last ten years. The kids have graduated high school, college, began their careers, both were married last year and now our daughter has a baby due in November.

We are empty nesters.

Our mindset has definitely changed over the years about what makes a house a home.

I’ve written some of the memories of that day in a 3 part series entitled, “Faith in the fire, a house in h- e double hockey sticks and what to do when you life goes up in smoke.”

Faith in the fire!

Where do I even begin in the story of our house fire? Do I start by describing the orange flames and thick black smoke that rose from the roof of our home?

Do I start with the dreaded phone call, “I’m sorry, your house is on fire.”

Maybe I should begin with origin of the fire?

Should I begin with my fear for years that such a thing could possibly happen? I’m the crazy person that for years made sure my kids knew what to do, how to get out of the house, triple checked smoke detectors and wanted a fireman’s pole outside their bedroom windows…in case there was ever a fire.

I had a fear of having a house fire! 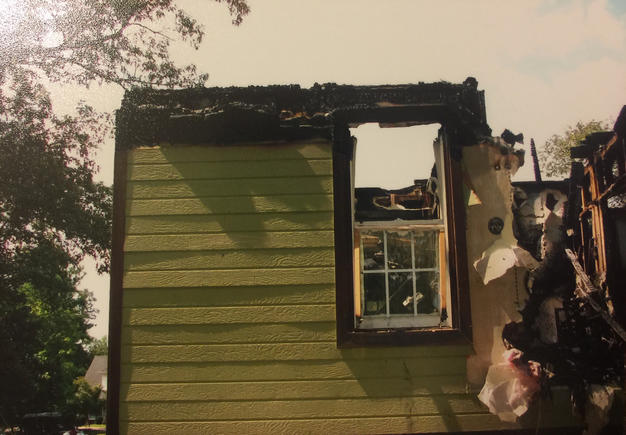 Let’s start with the moment we were told about the fire.

The phone rang. It was a call never to be forgotten.

Our neighbor called my husband. “Hey, man. Where are you? I’ve already called the fire department. Your house is on fire and it’s going big.”

My husband then called me to say similar words.

There’s a flood of emotions that tackle you in the moment. Fear and anxiety for the unknown, gratefulness that your family is all safe, worry of what you will find and a numbness.

A quiet numbness that sort of feels like peace, yet could also be shock. Emotions will play with your mind and body.

We were on our way to a homeschool drama practice. We had only been gone 15 minutes prior to receiving the phone call.

Thoughts go into full gear mixed with the emotions and you begin to ask dumb questions.

“Did I turn off the stove?”

“Was the coffee pot turned off?”

“Was the dryer vent clean?”

“Did I blow out the candles before I left?”

All are valid causes of house fires.

The drive back to the house was filled with everyone being quiet in the car but each head was filled with loud voices. If we could have turned the voices up to hear it would have been chaotic and unbearable I’m sure.

Prayers. Prayers are the other sounds not actually heard in the car. Each person was silently talking to God, giving over fears, grateful words and lifting up individual concerns.

He was busy listening to that car load of mixed- up, emotional and confused thinking people.

As we entered the city of Chelsea, Alabama there was a black billow over the area of our home. It was definitely an unnatural looking cloud hovering and eating entity that resembled something for a dooms day movie. Except this wasn’t a horror movie or syfy show this was the reality of a house on fire.

Certain moments stand out that at the time felt surreal. When we arrived to the beginning of our long driveway, there was a deputy blocking the road. When we told him we lived here his question caught me off guard.

“What is your address?”

Okay, here’s where a lack of patience and shock were taking over my body. I remember looking at him like he was crazy. I mean, hello, we’re standing at my driveway. Surely he knew the address of where he was called to block the road.

I don’t remember much of what I said at that moment, but I do remember what he spoke to me. Facing me and putting his big hand on my shoulder he said, “You will be blessed through this.”

Honestly at the time, the words caught me off guard and resonated as a “strange” thing to say, but God planted them in my mind.

I walked the sloped hill of our driveway leaving Nina and the kids in the car because I didn’t know what I was going to find. Coming towards me was my Uncle Ray, Nina’s husband, with our pet cat, Nugget. He had been trapped in the house and was given oxygen by the firemen but was still not doing well. Nina and the kids took him to the vet and I continued to the burning house.

It was a sight I will never forget. A beautifully finished house we had worked so hard to complete, was glowing with an orange- flame engulfed roof with a billowing black cloud of smoke over it.

While I was engulfed in worry and anxiousness, the house was in a hell of its own.

It’s not something I would wish on anyone, and yet, to experience God the Father as strongly as we did in that moment…that I would want for others. To have the ability to witness the hands and feet of Jesus at work, feel loved by friends, family and even strangers and to see God’s fingerprints so vividly is an experience our family will remember forever. 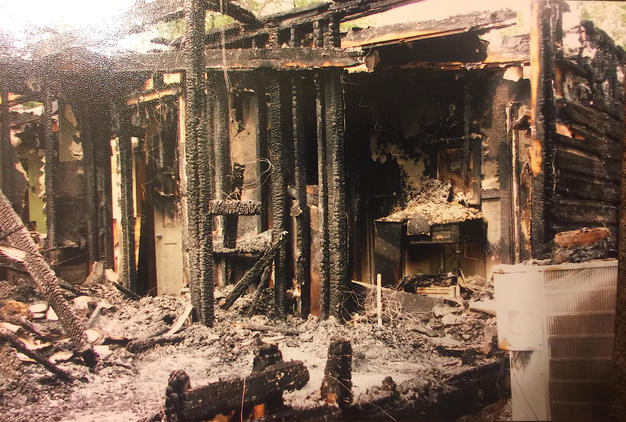